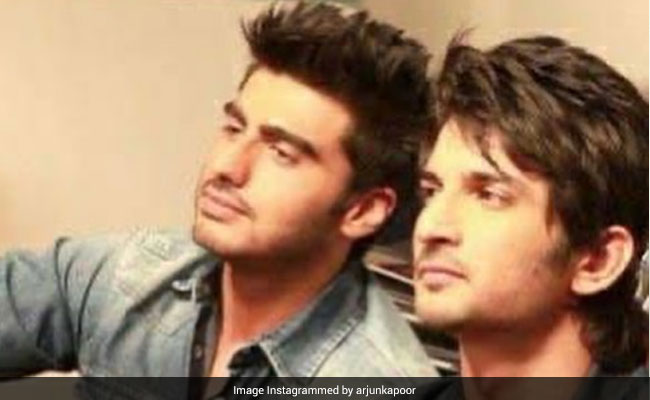 Sushant Singh Rajput was found dead at home in Mumbai on Sunday; police say he died by suicide.

In his post, Arjun Kapoor writes, “I can’t say I understood what made him make this choice. I can say I felt the pain he did about losing his bearings and feeling that void of his mother.”

The text conversation was likely prompted by these tweets that Sushant Singh Rajput shared after the release of Kedarnath in 2018:

The lines that crept on your eyes when you pressed them hard to pray for me,
those lines,
my mother,
I’ve borrowed to help my God into immortality… #mymother#selfmusing#thevainglorious responsible for however I’m looking pic.twitter.com/4uuP2qrKFI

His late mother was often on the actor’s mind – Mr Rajput’s last post on Instagram was dedicated to her:

Sushant Singh Rajput had a very busy 2019 with three films releasing – Sonchiriya, Chhichhore and the Netflix offering Drive. Yet, it also appears to have been something of a lonely year for the actor; in a post on Instagram, his Drive producer Karan Johar lamented not having been in touch with Mr Rajput for the past year. “I blame myself,” he wrote.

Sushant Singh Rajput’s breakout role was the TV soap Pavitra Rishta, after which he made his film debut in 2013’s Kai Po Che! His work also includes the MS Dhoni biopic, in which he played the lead, and a well-received supporting role in Aamir Khan’s PK.