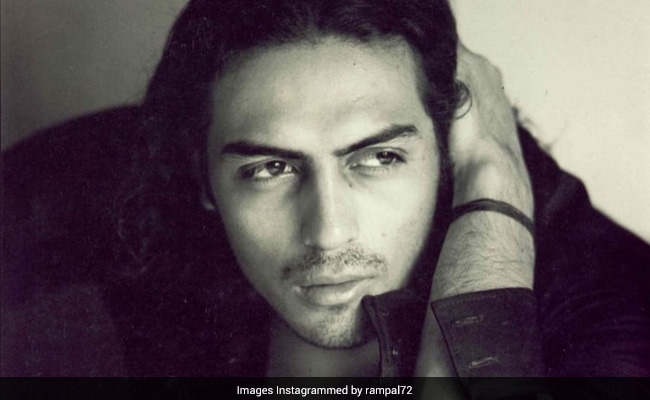 Arjun Rampal’s latest post on Instagram is the answer to your throwback craving. The actor, 47, made a trip down memory lane and dug out a couple of old pictures of himself that were clicked in 1995. The pictures features black and white, as well as monochrome photographs of Arjun. Three of them are close-up shots of the actor. Sharing the nostalgia-dipped pictures, Arjun Rampal captioned them like this: “Throwback to 1995 photographer Pat, remember these early days in Mumbai when the world was a playground. Dreams, aspirations, new friends, somewhere in Andheri on a friend’s terrace. Clueless of how life would turn out. Look back and feel just gratitude. #nostalgia.”

Arjun Rampal started his career as a model. He made his debut in Bollywood with the 2001 film Pyaar Ishq Aur Mohabbat, in which he co-starred with Suniel Shetty an Aftab Shivdasani. He later featured in a number of films such as Dil Hai Tumhaara, Asambhav, D-Day, Chakravyuh, Inkaar, Om Shanti Om, Rock On!, Housefull, Raajneeti and Ra.One. The actor’s last Bollywood release remains 2018’s Paltan, which also featured Jackie Shroff, Sonu Sood, Harshvardhan Rane, Esha Gupta and Sonal Chauhan.

Arjun Rampal was last seen in the 2019 web-series The Final Call. The actor has not announced his next project yet.

Arjun Rampal currently lives with girlfriend Gabriella Demetriades and their son Arik in Mumbai. The actor was earlier married to renowned model Mehr Jesia, with whom he has two daughters – Mahikaa, 17, and Myra, 14.