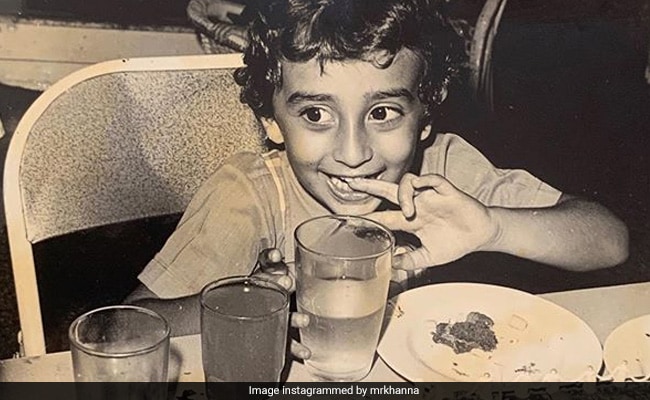 First, happy birthday, Rahul Khanna! The Wake Up Sid actor, who celebrated his 48th birthday on June 20, made a powerful point on Instagram with a birthday special post. But ahead of that, Mr Khanna, adding a touch of his signature sense of humour to his post, shared a thought he’s been struggling with since he was a kid. “Still trying to figure out how to have my cake and eat it, too,” he captioned his post with this idiom. The photo shared by Mr Khanna will explain his situation better – in the black and white childhood memory, little kid Rahul Khanna can be seen smiling ear-to-ear with a birthday cake in front of him. The photo appears to be from one of his birthday parties as a kid. In his birthday post, Mr Khanna also added a plea to help provide better childhoods for underprivileged children by making donations non-profit organisations working towards the cause.

Needless to say, Rahul Khanna’s post prompted comments from his close friends Malaika Arora and Shweta Bachchan, who sent him good wishes on his birthday. “Happy birthday, my darling. Please share some cake,” wrote Malaika while Shweta found the throwback photo to be: “Aww-dorable.”

We agree with Shweta, take a look.

Meanwhile, here are some more memories from Rahul Khanna’s childhood. He is the elder of late actor Vinod Khanna and Geetanjali Khanna’s two son. His younger brother is Akshaye Khanna is also an actor.

Rahul Khanna made his Bollywood debut with Deepa Mehta’s 1947 Earth, which got him the Filmfare Best Male Debut Award. He has also starred in films such as The Emperor’s Club, Dil Kabaddi, Love Aaj Kal, Wake Up Sid and Fire Flies, which remains his last film so far. On TV, Rahul Khanna has been part of shows such as The Americans and the Hindi remake of the popular TV series 24.