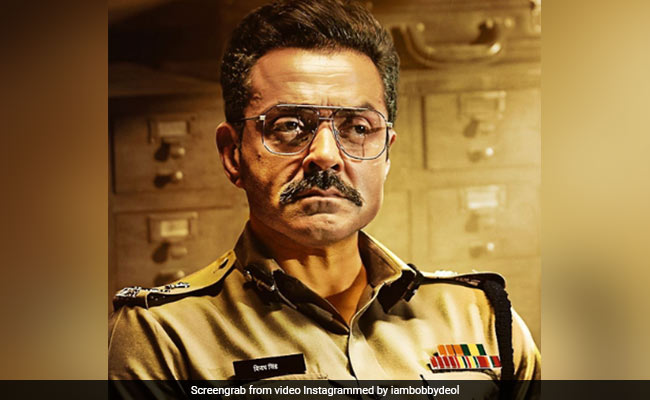 The trailer of Bobby Deol’s cop drama Class Of ’83, which dropped on the Internet on Friday, got a big shout out from actor Salman Khan. Salman and Bobby Deol have worked together in films like Race 3 and Heroes. On Friday evening, the 54-year-old actor shared the trailer of the film on Twitter and wrote: “Best wishes Bobby … trailer looks awesome.” In Class Of ’83, Bobby Deol plays the role of policeman Vijay Singh, who trains a group of aspiring Mumbai Police candidates to take down a notorious gangster in the Mumbai. The film is set in 1983. Read Salman Khan’s tweet here:

Now watch the trailer of Class Of ’83 here:

Salman Khan and Bobby Deol were last seen together in the 2018 release Race 3. Before the film opened in theatres, Bobby Deol, in an interview with NDTV’s Rohit Khilnani, said that Salman helped him to make a comeback by offering him Race 3. Before Race 3, Bobby Deol worked in 2017 release Poster Boys. “I met Salman one year ago, and he told me everyone has low and high phases. He said when he had a bad period he climbed on to my brother’s back and Sanjay Dutt’s back. That’s when I told him, ‘let me climb on to your back for support.’ He remembered that, and since he wishes the best for me, he offered me this role over the phone. I was thrilled and I’m ready to work as hard as required,” Bobby said during the interview in June, 2018.

Bobby Deol has acted in over 45 films. His upcoming movie is said to be based on Sayyed Yunus Hussain Zaidi’s book The Class Of 83. The film is Shah Rukh Khan’s production house Red Chillies Entertainment’s first produced Netflix film and it will premiere on the OTT platform on August 21.