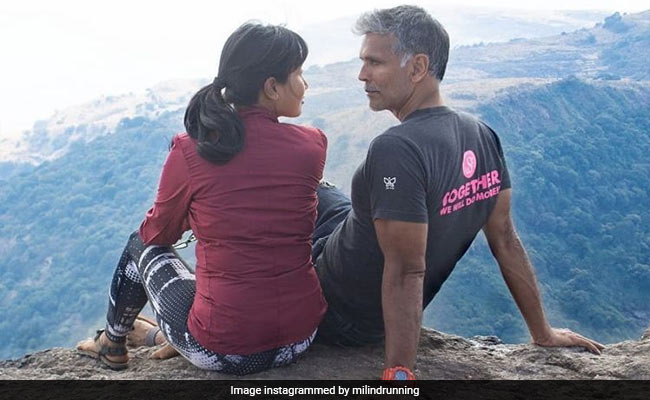 Milind Soman is missing travelling like the rest of us. The reason we are saying this is because, on Tuesday, the actress expressed his current state of mind with a throwback picture from his vacation diaries and a note that read: “This is where I am in my heart.” Milind Soman, who often travels with wife Ankita Konwar to various parts of the country and the world, has been adding a lot of throwback pictures to his “travel Tuesday” album recently. In his latest post, Milind and Ankita can be seen looking at each other adorably while sitting on a hilly terrain with a spectacular view. Sharing the picture, the actor used the hashtags #traveltuesday #hills and #tuesdaythoughts. Check out Milind Soman’s post here:

Milind Soman’s “travel Tuesday” album comprises several pictures of his and Ankita making memories at different places around the world. His recent post in the album is from their Minkiani pass trek. Minkiani Pass is located in the Western section of Dhauladhar range of the Himalayas. “Climbed Minkiani pass last year, 14000ft to get Ankita Konwar altitude ready for Kilimanjaro… super fun,” wrote Milind alongside the picture.

Do you remember the actor’s old video from Manali? “#TravelTuesday… #pushups in Manali. This was some time last October and now I can do 20 decline clapping pushups,” he wrote while sharing the video of himself doing pushups at an outdoor location in Manali.

Milind Soman was last seen in the second season of web-series Four More Shots Please!. He is best-known for the music video Made In India. He has also starred in films such as 16 December, Rules: Pyaar Ka Superhit Formula, Say Salaam India and Bajirao Mastani. He has co-judged two television shows – India’s Next Top Model and Supermodel Of The Year.